Growing up in the province of Benguet, it’s no secret that I would end up studying and living in Baguio City, the coldest city in the Philippines. With temperatures going down to as low as 9 degrees Celsius, I spent my five years in College shivering in the cold, cold classrooms and going as far as not wanting to take a bath.

It’s cold, but it will get colder

I had at least three layers of blanket and a comforter for the night. It’s cold especially in the morning and at night time but it gets colder in December and January. Although, compared to the weather before, it is warmer nowadays.

You cannot leave the house without an umbrella

Yes. Unlike other parts of the Philippines, when its rainy season, it will rain plenty. It will either rain in the afternoon or from morning till night time. It can even go as far as two weeks of nonstop rain. This is where the funny lyric “Here comes the sun, tudo tudo” comes from. Tudo is a local term for rain.

When I’m in a hurry, I walk. From New Lucban to SM Baguio, I walk. From Legarda Rd to Magsaysay, I walk. Landmarks and malls in Baguio City aren’t kilometers apart so you can definitely walk from one place to the other.

There are a lot of ukay ukays or thrift shops in the city. Prices can range from as low as 5 pesos to as high as a few thousand for rare and branded stuff. The night market at Baguio even features a long lane of ukay ukays. When I was in college, I would often shop for clothes under 10 pesos. There are a lot of great finds, just don’t give up and dig under the box.

READ: Mt. Pulag: DIY Adventure Above the Sea of Clouds

There are a lot of people and houses

Baguio was designed by the American architect Daniel Burnham only to accommodate 30,000 people. But because of its beauty, more and more people are migrating to the place. If you look at the mountains surrounding the city, you will only find houses.

The trees are replaced with colorful houses. There are houses on top of the hills and even as far as the edge of cliffs. Baguio is turning into a condensed and populated place. This is one of the reasons why the traffic in the city is getting worse.

It gets hot in summer

Despite what most people think, it’s also hot in Baguio City during the summer.

Laundry is hard to dry

Imagine two weeks of rain. People here either hang their laundry inside the house or bring it to the laundry shop.

Benguet is an agriculture land. Vegetables are affordable. You can buy one kilo of potato for 20 pesos, cabbages for 30 pesos, beans for 20 pesos and more. When looking for cheap vegetables, buy from the public market, they’re even fresher compared to the ones sold at the malls. I once bought a bundle of basil leaves for 5 pesos! Ha! The city is a vegetarian’s paradise.

READ:  Where to Camp Near and Around Baguio for Less Than 250 Pesos

There are no tricycles

I remember one of my co-workers said “I once went to Baguio and I was looking for tricycles. There was none!” Haha. It was pretty funny. Imagine a tricycle going up a steep road.

When its cold, the water is freezing. I was doing an ice bucket challenge every day.

Cars stop before a pedestrian for 5 seconds

In Baguio, cars stop for you. Drivers here practice a 5 second-rule wherein they stop for at least 5 seconds to give people some time to cross.

Most locals stay inside the house to watch Panagbenga

Because of the influx of tourists during the Panagbenga Float Parade, most stay inside to watch it live on TV.

Are you planning on buying a house or a piece of land? Baguio city is among the most expensive cities when it comes to real estate. I once saw a lot for sale for 45 thousand pesos per square meter just because it is near the road. House and lots on average are sold at 8 million Pesos.

During peak seasons and holidays when tourists come, the city experiences heavy traffic. The supposed 15-minute ride turns into a 4-hour butt sitting experience. Sucks, I know. In the future, I hope the city will limit the influx of tourists.

What I have written here are just some of the things I have observed and experienced in the city of Baguio for five years. I’ll be updating this list once in a while.

What I hate the most when traveling is having my menstruation when we’re about to go to the beach or to a resort. In the… 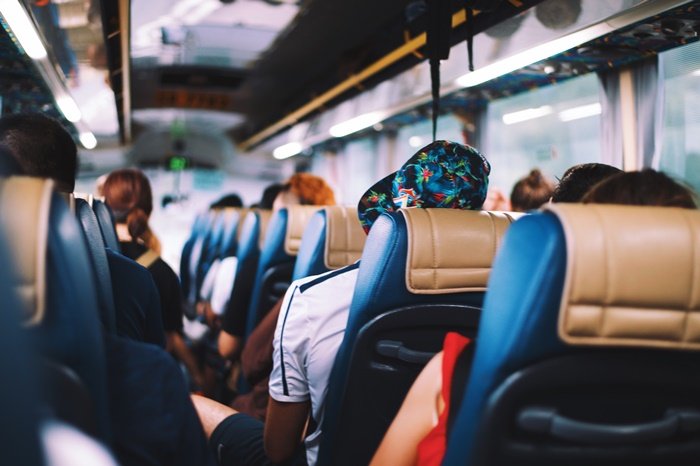 Have you ever experienced getting stuck in traffic for hours or traveled for hours on a bus without anything to entertain you? I have. One…

Are you stressed at work or at school? Tired from a recent adventure? Or all of the above? Good news! Introducing Balay Hilom Spa, an…