Skip to content
Home » Germany » 15 Things to Do in Munich, Germany

Munich is a city located in Southern Germany and is the capital of the Bavaria region. With the unique Munich identity and culture rooted in every landmark and beer, you’ll discover that Munich goes beyond being just another German city.

Munich is as popular with Germans as it is globally and as such, there are plenty of Munich things to do.

Best Things to Do in Munich

One of the best ways to explore a new place is through the local cuisine! There is an abundance of food in Munich to try from the Munich specialties of Pretzels and Obadza to the German favourites like Schnitzel.

Tip: The best schnitzel in town is at Andy’s Krablergarten (Address: Thalkirchner Str. 2, 80337 München). I ordered one and my face was a picture when it came out because it was so huge! There were two Schnitzels, the size of my head, two fried eggs, and chips.

Drink a Beer or Two

Germans are renowned for their excellent beer and beer culture. They also take beer very seriously as it was once considered food due to it being filling and was sometimes safer to drink than water. There are specific laws in place in Bavaria regarding beer on how it’s made and branded. It’s so interesting to learn about Germans’ relationship with Beer and makes it that more enjoyable afterward (although it’s pretty tasty regardless if you know the culture or not).

A must-do in Munich is to try some of the best beer in the world which you will find a good stein anywhere from bottle shops to Irish Pubs. For an authentic Bavarian experience though…

Go to a Beer Hall

Known as ‘Bierhalle’ in German, this is ingrained in Bavarian culture and there are so many places to choose from to experience this Munich thing to do.

Beer Halls are large pubs specialising in beer and snacks to accompany beer. They usually have long, wooden benches where you communally sit with others to enjoy a drink. In the locals’ favourite spots, some locals rent out a space where they keep a personal stein to use every time they visit. How cool is that!

If you’re in Munich at the right time (September / October) you can attend the world-famous Oktoberfest where over 6 million litres of beer are consumed. Immerse yourself in Bavarian culture, drink steins of local beer and dress for the occasion in a traditional Bavarian outfit: the Lederhosen!

If you’re not in Munich for Oktoberfest then look for other beer festivals that the city loves holding such as Springfest in April / May or Strong Beer Fest (known locally as Starkbierfest) in March / April.

Visiting local markets is the best way to get a feel for a place in travel. Viktualienmarkt is one of the best outdoor markets in Germany and you can find lots of things to see, buy, eat, drink and learn at this Munich attraction.

Browse the stalls to find local produce from delis, popular street food snacks, hand-made gifts and other Munich souvenirs. In the centre is a huge outdoor seating area where you can take your own food and buy a beer to use the communal seating which is a great way to interact with others and do as the locals do. Within the market there are numerous statues to ponder over, great photograph opportunities between the streets and trees and fountains with free drinking water to use.

Located on the central, pretty square known as Marienplatz is the impressive, Gothic council hall that is still in use today as it was hundreds of years ago.

The Glockenspiel is one of the best things to do in Munich because it’s fun, it holds tradition and history, it’s free and it happens three times a day so you can definitely catch a show.

So what is the Glockenspiel? Besides being a cool German word (which translates to Bell Play or Playing of the Bells), the Glockenspiel is a show that is put on in the tower of the Old Town Hall.

The ‘show’ is played three times everyday: 11am, 12pm and 5pm. The same show and music has played every single day since 1908. In Nazi Germany, the show was played at three different times and it was changed after WWII to the current times.

The ‘show’ is a musical, re-enactment of two 16th-century stories. The top half is about a wedding in which jousting occurs between two knights (one being Bavarian represented by the Bavarian colours) and the Bavarian Knight wins the joust every time, of course ;).

The bottom half tells the story of the ‘coopers dance’ which was a dance used to drive away the Plague. This tradition is still upheld every 7 years and the dance is performed at the German Carnival. The last one was in 2019 so look out for 2026.

After about 15 minutes, a golden rooster chimes to mark the end of the show.

The Englischer Garten (English Garden) is absolutely huge. At 375 hectares, it’s even bigger than New York’s Central Park! Therefore there is lots to do within the park. My top recommendations include strolling along the river, going to a beer garden, view the city from Monopteros, see monuments like the Japanese Tea House and Chinese Tower, practice sports or just enjoy a picnic.

Tip: If you do go for a picnic, head to ‘Graggenauer Viertel’ deli for your products. It’s popular with locals, has delicious foods and has the ’royal sign of approval’ on its entrance doors so you know it’s good!

Within the English Garden there is a canal over one part of the river which produces big waves and this has attracted a big community of surfers who practice their skills while being so far from the beach. It’s fascinating to watch them queue up and take their turn on the waves before they fall, exit to the side, and let the next surfer go.

Or rather than watching them you could catch a wave yourself.

This park was constructed in Munich for the 1972 Summer Olympics. Nowadays you can visit the park for strolls along the lake, views of the city, visit the Olympic Stadium, catch an event at the impressive Olympic Hall, or go swimming or relax at the sauna in the Olympic Swimming Hall.

Afterwards, get yourself a beer and watch the sunset at Olympiaberg.

See the Nymphenburg Park and Palace

One of the Royal residences is Nymphenburg Park and Palace from the 17th century. It’s a lovely place to wander around and explore the grounds including the elegant rooms, artwork and four museums located within the vicinity. It is similar to Versailles in France with its Baroque style and grand palace.

Roam Around The Residenz

The Residenz is another home of Bavarian royalty and the largest city palace in Germany. Take some time to roam around the grounds (for free) and inside the palace at the interior, art and over 100 state rooms open to the public (for an entrance fee).

There are lots of Museums in Munich to choose from and covers a variety of topics. There’s The Deutches Museum (Germany Museum) for impressive technology or The Bavarian National Museum to learn all about Bavarian history or the Munich City Museum to learn specifically about Munich’s culture. Alternatively, you could try the BMW World for all things motor and swanky cars (free admission).

Tip: Most Museum entry is only €1 on Sundays!

The Church of St Peter is one of the oldest churches in Munich dating back to the 1300s and is perched on top of Petersburg Hill. For a small fee, you can climb the 300 steps to the top of the tower for panoramic views of Munich. This is one of the best things to do in Munich for history, sights and although it requires a small bit of effort, it’s worth it!

Join one of the many tours where you can learn about Munich’s past in Nazi Germany, Hitler, The Third Reich and Kristallnacht.

You can also take a day trip to Dachau which was the first concentration camp the Nazis opened in Germany. Not a fun or pleasurable experience but important and educational.

While Munich is the capital of Bavaria and located in South Bavaria, you could easily visit one of the prettiest places in Germany called Nuremberg. It’s easy to explore Nuremberg in one day as it is located in Northern Bavaria and just one hour drive from Munich and definitely worth the trip to see the charming streets, Nuremberg Castle and essential for history buffs with the WWII sights to visit.

Munich Information Before Your Visit

I hope you have enough interesting things to do in Munich to keep you entertained and enjoy your travels.

I’m Shireen from The Happy Days Travels and my blog focuses on stories, food, and literary travel. My favourite things to do while travelling are tasting local cuisines, meeting locals and reading books about the place.

Guest post by Gloria Mabery Located in the heart of Europe, Germany is among the most visited countries in the world. It’s a great political… 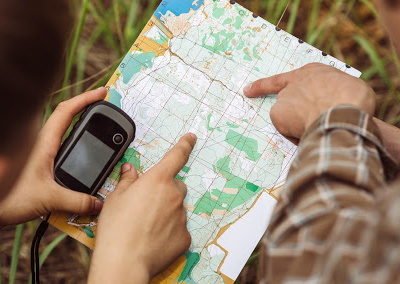 One of the rising social activities of modern times is known as Geocaching. It is a fun way of utilizing technologies that have many real-world…

Get to know Europe from its museums! A great way to see European countries’ cultural and historical aspects is by visiting the places that display…