When thinking about traveling to Italy, I know your mind starts dreaming of a beautiful sunset over the Colosseum or of a sunny day in Positano. But, as a native Italian, I’m here to give you the inside scoop for your 2021 trip — this year, more than ever, you need to visit Parma.

This Northern Italian city has a thousand reasons that make it worth a visit; the fact that it is the only Italian city regarded as a UNESCO World Heritage site for its cuisine should make you start planning your trip already. Aside from that, I know that your trip to a foreign country often includes several stops and you want to make the best out of them in a short time!

That’s why I picked the top 5 reasons to visit Parma in 2021 and to have it on this year’s “vaxication” list (your post-vaccine celebratory trip!).

At the top of the list of reasons why to visit Parma, there is one that is time-sensitive: the city is the 2021 Italian Capital of Culture. It was actually supposed to be the 2020 capital of culture…but we all know what happened last year and the award was therefore extended to 2021.

So what does this mean for visitors? If you decide to visit Parma this year, besides its rich artistic and cultural heritage, you will have the opportunity to participate in many free events, shows, and exhibitions.

You’ll learn about traditional food, music, design, fashion, journalism — you name it! Best of all, most of these events will be held in the most beautiful palaces of Parma, which gives you the perfect chance to check those sites out too!

For a full list of events, visit the official Parma 2020+21 website and write down the dates. If you want more information on when is generally the best time to visit the city aside from the Italian Capital of Culture activities, check out this article.

I know you’ve heard many (too many!) times that the food in Italy is spectacular. There’s something you definitely didn’t know about Parma though. The city’s food is so good that Parma is the only city in Italy to be declared the Italian Creative UNESCO City for Gastronomy.

Parma is the home of the infamous Parmigiano Reggiano (Parmesan cheese) and Prosciutto di Parma (ham).

The Parmigiano Reggiano is not only a cheese; it’s a historical masterpiece! The first written testimony about it dates back to 1254 AD.

A fun fact about making Parmigiano Reggiano is that it takes 600 liters (160 gallons) of milk to produce a single wheel. Think about that the next time you see it at the grocery store! Also, only 300 artisan dairy farms within a radius of about 9,900 kilometers (6,100 miles) can produce the authentic flavor. Everything else that you see in the grocery store that does not say the words ‘Parmigiano Reggiano’ is different!

The Prosciutto di Parma has been produced since the ancient Romans were around. Similar to the Parmigiano, the processing of the prosciutto meat can only happen in a limited area around Parma. Also, not many know that the only preservative included in the recipe is salt; talk about natural foods!

These two foods are the focus of the culinary experience for your trip to the city, but any visit to a local trattoria will be a dream for your taste buds. For example, as an antipasto you’ll be served Torta Fritta – little pillows of dough, lightly fried and puffy – that are served warm and stuffed with Parmesan cheese, Prosciutto di Parma, salami, and various meats. Buonissimi!

The Castles of the Duke of Parma

There is a large network of 33 fortresses in the Parma and Piacenza (a neighboring city) area that attracts over 500,000 visitors every year. They are commonly referred to as the Castelli del Ducato (Castles of the Dukes) because they all belonged to important families that made the history of Italy.

(Fun Fact: some of these castles are still the current residence of direct heirs of marquises, princes, and counts. Others now host upscale restaurants and banquets — you could even celebrate your wedding in one of these Middle Ages castles!)

These impressive and evocative buildings were built in various eras (from the Middle Ages to the Belle Epoque). Each of them has its own story and peculiarities and is definitely worth a visit. The two I recommend visiting when you visit Parma are the Reggia of Colorno and Rocca of Sanvitale.

The Reggia of Colorno (“reggia” stands for palace or king’s residence) was built around 1300 AD as a military construction. It is sometimes dubbed as the “tiny Versailles” in honor of the magnificent Palace of Versailles in France. This massive residence has over 400 halls including a chapel, an astronomical observatory, and French-style courtyards.

After having served as the residence of the most important duchesses, the palace now hosts numerous cultural events, concerts, and photographic exhibitions. It is also currently home to Alma, one of the most prestigious Italian cooking schools, which is famous all around the world!

The second fortress you should visit on your Parma trip is in the medieval village of Fontanellato, only 15 miles (25km) northwest of Parma. It’s called Rocca of Sanvitale (“rocca” stands for fortress) as it was owned by the Sanvitale family.

The family bought it in 1386 and owned it until 1948 when it was sold to the municipal administration. This fortress’s main characteristic is that it is surrounded by a large water moat.

Inside it contains one of the masterpieces of Italian Mannerism (an artistic style also known as the Late Renaissance): a room painted by Parmigianino in 1524 of the myth of Diana and Atteone.

Other must-sees in the fortress are:

If you’ve ever heard of Leonardo da Vinci and want to see one of his famous works, make sure you stop by the National Gallery in Parma. It is located inside the Pilotta Palace in the city center where you can also visit the Palatin Library and the Regio Theater.

The Gallery houses the artistic collection of the Farnese Dukes and of the Bourbons (the family of the kings of Naples). The works are from the 13th-19th century painted mainly from Italian artists like Correggio, Parmigianino, and, obviously, Leonardo da Vinci.

For the ones by Correggio, you want to admire the frescoes dedicated to the Annunciation with various representations of the Virgin Mary. For Parmigianino, instead, make sure to find the canvas of the Turkish Slave.

Lastly, admire Leonardo da Vinci’s “La scapigliata” (commonly referred to simply as Female Head), which is an unfinished, monochrome portrayal of a young woman with disheveled hair. According to critics, his work is not a simple sketch of a young woman’s head, but it is the depiction of the natural beauty and power inherent in women. A portrait that tries to maintain a sense of equality between men and women. It definitely was an unorthodox piece of art for its time, considered that equality between the genders did not exist then.

DISCLAIMER: If you enjoy art and are easily fascinated by the paintings of these artists, plan to visit this gallery for many hours. There’s lots to see here!

Although it is not as famous as La Scala in Milan or La Fenice in Venice, the Teatro Regio di Parma is one of the most important places linked to the Italian opera tradition.

It was inaugurated in 1829, after 8 years of work, in the presence of the Duchess Maria Luigia of Habsburg-Lorraine, Napoleon’s second wife. Firstborn of the imperial house of Austria, Maria Luigia was a woman of profound humanity — sensitive and attentive to the needs of the weakest. Her devotion and passion for music and culture led her to build a theater where everyone could enjoy art and music.

The outside of the theater shows a neoclassical façade. When you enter the building, you’re welcomed by gold and marble in the foyer. In the middle of the room on the floor, three circular grates will catch your attention; they were once used to heat the room for the incoming visitors.

Interesting Side Note: the legend goes that inmates from the local detention center were used to provide the wood necessary to heat the foyer.

In the room, you’ll see two sets of steps and, in the middle, an entrance to the main hall. If you take the steps, you’ll be taken to the Sala del Ridotto. That’s exactly where the throne of Maria Luigia lied.

If you take the entrance to the main hall, instead, an elliptical structure with white and gold decorations opens up before your eyes. You’ll notice figures of the greatest playwrights (Seneca, Alfieri, Euripides, Plautus, and others) arranged in a circle on the ceiling around the “astrolampo“, a large gilt bronze chandelier forged by the workshops in Paris. This was decorated by Giovan Battista Borghesi in 1828.

Every year, the Opera Season and the Verdi Festival are held in this theater. If you are not in town to attend these two events, you can always enjoy the building with a 30-minute guided tour!

Antonio Santarsiero is a native Italian currently working as a digital marketing analyst in Chicago.

He’s passionate about helping companies scale their growth through digital marketing, SEO, SEM, and analytics (but his true passion are soccer and writing about Italy!). He currently shares tips on how to plan a dream trip to Italy in his blog, BackinItaly.com.

Guest Post by Robert Baker Europe is a continent rich in culture, history, and natural landmarks. There are countless activities you can enjoy in Europe… 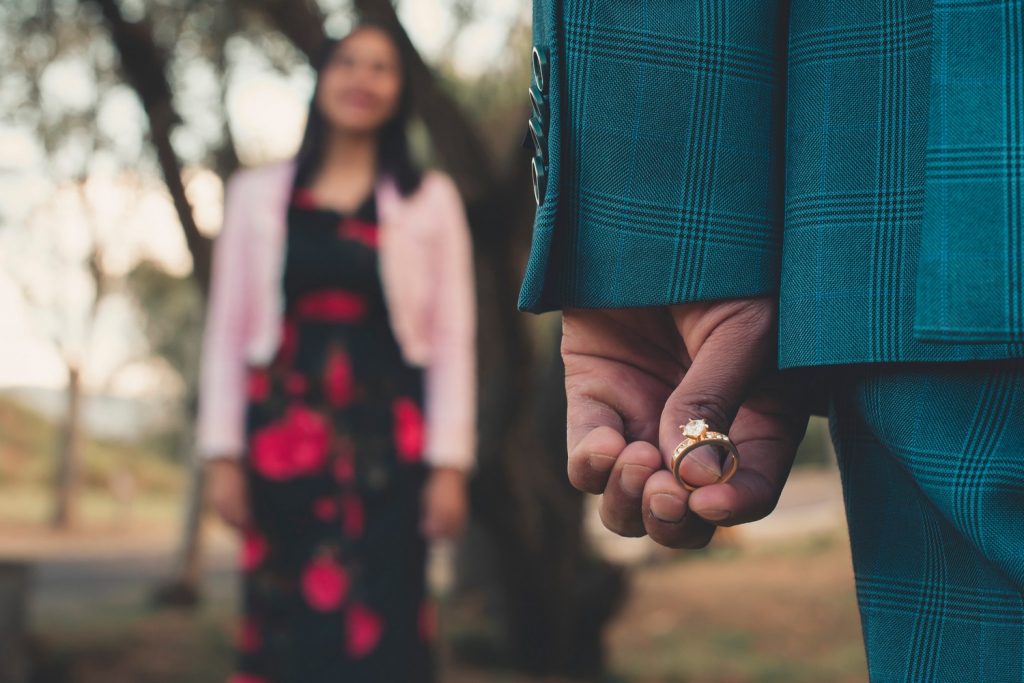 When you think of the most popular proposal destinations in the world, you’d most likely consider the Eiffel Tower in Paris, a ride through the…

Visiting Rome is a bucket list item for many people, and for good reason – the city is full of history, good food, and culture.…