Nowadays, the meaning of tour is changing. People want to make a long tour with little effort. So, is an electric bike good for long-distance touring? The most important benefit of electric bikes is that they allow you to ride great distances without becoming exhausted.

This is made feasible by the motor and battery included within the system. The motor receives electricity from the battery, and you pedal with the assistance of the motor. Pedal-assist systems or throttle systems are commonly found on electric bikes.

But, electric bikes can also have both. Among the most modern eBikes on the market, you will be amazed. In this write-up, find the answer to the question and know some essential factors of electric bikes.

What Is An Electric Touring Bike?

Long-distance touring eBikes are typically bicycles having a range of 60 miles or more. Touring motorcycles are distinguished by their ability to accommodate racks and panniers.

As a result, an electric road bike can be both long-range and electric. A bicycle does not have to meet any precise criteria to be classified as a touring bike. However, certain manufacturers produce touring bikes.

These are the bikes that someone decides to tour as touring bikes by default. Yet, most touring cycles have specific attributes that make them comfy and robust enough for long-distance riding.

Is an Electric Bike Good for Long Distance Touring?

Are you trying to find an electric bike for long-distance touring with the best range? You will quickly get some of the best electric bikes under 700 bucks, which will take you anywhere you want.

Electric bikes typically travel between 25 and 55 miles. But many factors help to make these mileages. Those are –

Many riders calculate the power and the battery but forget about the tires. Though the benefits of the tires are not noticeable, they can add some more extra mileage to your journey. The battery will work a bit faster while your bike has a throttle operating system.

This throttle is very convenient. This will work better than the pedal assistant system. The final thing is the weather you’re riding and the terrain. Both of them play a vital role in your long-distance touring.

Some basic things to consider before traveling with your e-bike:

Different bikes move at different speeds. Some electric bikes could reach speeds of 30 mph or 50 kilometers per hour. You should know the speed limitations for electric bikes in your country.

The maximum range of an ebike is the distance it can travel before the charge is finished. This depends on various aspects, such as the battery capacity, motor demand, as well as how you ride your e-bike. Before embarking on an ebike tour, you should determine your bike’s average range and plan your route appropriately.

Battery size determines how long you can go between charges. The disadvantage is that the battery will be heavier and charge slower. A comfortable medium between 350 and 450 watts should suffice. Having two batteries is also advantageous.

Ebike motors come in a variety of shapes and sizes. Mid-drive motors are efficient and dependable, but they add weight to the bike. Hub-drive engines are more common and powerful, although they might impact the bike’s handling. On the other hand, front hub-drive motors provide more flexibility than rear hub-drive motors.

Is It Worth Investing In A Long-Range E-Bike?

Do you have any injuries or weak knees that prevent you from continuing cycling? In this regard, eBikes are well worth the investment for those who might otherwise be unable to continue cycling.

Technology advancements have dramatically reduced the cost of eBikes in recent years. They now have longer-lasting batteries, lighter frames, and more powerful motors. As a result, current eBikes provide outstanding value for money due to their extended lifespan, durability, and affordability.

How to Maintain an Electric Bike on Tour?

The majority of electric bikes are dependable equipment. Many can survive high temperatures, as well as be resistant to the elements, such as mud, dirt, sand, wind, and so on.

However, motorcycles do break, and you won’t always be able to find a repair or store while traveling on your electric bike. Being able to fix your bike on your own in the event of an accident would make your trip much more manageable.

Before embarking on a long ride, get to know your bike thoroughly. That way, if you need to repair, you’ll be prepared. Every electric bike works differently, which necessitates different preparation methods. However, you should always read the manual for your ebike.

The inability to start an ebike is one of the most typical issues. This is usually caused by a dead, improper set-up, or malfunctioning battery. Check to make sure it’s ultimately charged and not plugged in inappropriately.

How Long Does The Battery Last On An Electric Bike?

Depending on the model and the time it lasts, the battery of your bike varies. Thus you can identify how hard and frequently you have to pedal while touring.

After a single charge, your battery will run between 40 and 60 miles, basically 64 to 96 km. This is enough for a rider to ride his bike for a whole day. But if you’re thinking about more miles, then a more extensive battery can work.

Remember, you need to replace your electric bike battery after a few thousand cycles. But this depends on the model of the battery you’re using. When choosing a battery, make sure they are lithium batteries as they last for 1000 cycles. On the other hand, nickel and lead batteries last only 500 cycles.

Why Would You Travel With Your Ebike?

Electric bikes are great because of the support they provide, but these bikes offer a new method to travel large distances for everyone for touring.

In Summary, Is an Electric Bike Good for Long Distance Touring?

Before investing in a bicycle, make sure what you’ll be getting from it. A long-distance touring bike is essential if traveling is a dream for you. Traveling via electric bike is a whole different experience.

You could ride longer, see much more, and exert less energy with the help of a battery and a motor. It is entirely possible to go by electric bike with the proper preparation and equipment needed.

There will be certain constraints, including plugging in, and you won’t be able to go anywhere else, but you will have a pretty good time anywhere you end up. 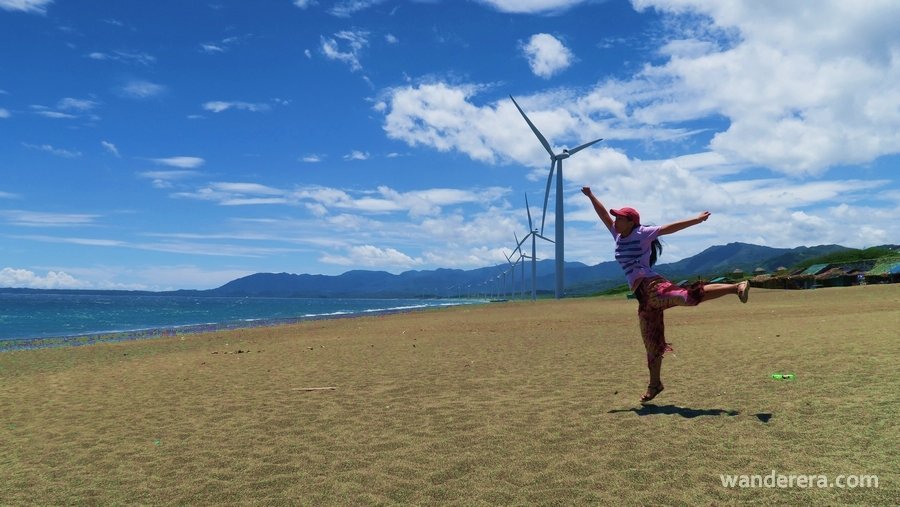 I never thought I’d ever consider traveling around the world as one of my dreams and goals in life. I used to be the kid…

Guest Post by Ann Tolman I felt like Switzerland trying to maintain the peace as I uncomfortably settled back into my seat, sandwiched between my…