Skip to content
Home » Guest Posts » 7 Breathtaking Places You Must Visit Before You Die
We try our best to keep travel guides updated as often and accurately possible. However, there's no guarantee that what you find on our site will be 100% correct or current at any given time - so please make sure to cross-check the information with credible sources.

The world is an amazing place filled with adventure and stunning, breathtaking locations. But if we were to ask you to name that one place someone should see in their lifetime, what would you say?

Well, we put our thinking caps on and have rounded up a set of seven such spots on this Pale Blue Dot of ours. Let’s dive right in, shall we?

One of the most gorgeous tourist attractions in the southwestern parts of USA is Antelope Canyon. The exquisite wave-shaped walls of this canyon are truly a sight to behold, not to mention that they rise well above 120 feet.

Its name was derived from local folklore, from stories about antelopes that were commonly seen in the canyon during wintertime. Even though it is regarded as a singular canyon, it’s actually comprised of two individual slot canyons called The Crack and the Corkscrew.

The walls of Antelope Canyon were ‘chiseled’ by water, which is responsible for its unique outlook. It’s regarded as a sacred place of Navajo people and can only be accessed as a part of a tour group.

The entrance to Antelope Canyon is located near the Salt River Project (Navajo Generating Station) at the foothills of the Highway 98 in Arizona.

Bora Bora, a tropical jewel of French Polynesia. Its beaches are among the most gorgeous in the world, and its pristinely clear waters make it an excellent honeymoon destination.

Bora Bora belongs to a group of one hundred and eighteen islands, which are scattered around the equator. This particular island belongs to Volcanic Society Islands that reside at the center of the South Pacific, roughly halfway between America and Australia.

Being so close to Australia, quite a few tourists are oftentimes scared of the numerous deadly insects and animals that inhabit this wonderful continent, and the possibility of these pests coming over to Bora Bora.

In truth, even though there’s a huge belt of shallow water surrounding the island, the fact that it’s thousands of miles away from the mainland has deterred nearly all potentially dangerous beasts and insects.

The uniquely isolated location of Bora Bora is, again, perfect for couples and newly-wed honeymooners; it’s literally one of the most secluded islands in the region. There are just below 10,000 residents on the island while the entire area spans around 29.3 square kilometers.

The world’s largest waterfall, Victoria Falls, is Zambia’s national treasure. The waterfall begins with Zambezi River, which is more than 2,500 kilometers long, and which flows straight into the Indian Ocean.

Just like Antelope Canyon is viewed as a singular canyon, Victoria Falls is considered a singular waterfall despite the fact that there are hundreds of small barricades along the stretch, which essentially create numerous smaller ones.

Victoria Falls are more than 100 meters high and over 1,500 meters wide, which is essentially one of the most beautiful depictions of nature’s creativity and power. It’s even wider and taller than the infamous Niagra Falls.

However, the main reason why tourists flock to Victoria Falls is the perpetual rainbow that can be seen from each side. This particular sight makes it an excellent proposal spot.

The Highlands of gorgeous Iceland is comprised of numerous stunningly beautiful mountains, gorgeous frozen lakes, and a plethora of hot springs. This particular location offers a myriad of opportunities for tourists to enjoy themselves, be it mountaineering, trekking, or simply enjoying the view.

Due to its immense popularity, there are a lot of small tourist villages where one could rent 4×4 or mountain bikes, which are the popular modes of travel for tourists who want to explore the deepest reaches of the Highlands.

Obviously, there are quite a few spots that can only be reached through organized tours, as the dangerous windy roads combined with absurdly rough terrain make for a challenge that even the most proficient mountaineers seldom dare tackle.

The most popular parts of the Icelandic Highlands are very difficult to pronounce for non-natives, such as Landmannalaugar or Herdubreid, which is another reason why it’s recommended to visit them with tour guides.

The Machu Picchu heritage site is more than seven thousand feet above sea level and is settled deep in Andes Mountains. The name of Machu Picchu stands for Old Mountain in the ancient Quechua language, although some interpret it as Old Peak instead.

This gorgeous old city features over 150 buildings, most of which are baths and smaller houses; however, there are also a lot of sanctuaries to be seen, as well as ancient Indian temples.

Machu Pichu is brimming with history and culture, with every wall being able to tell volumes of old, nearly forgotten stories.

Similar to ancient Egyptian pyramids, Machu Picchu is believed to be constructed of remarkably heavy stones that were, according to historians, pushed uphill by hundreds of people with no tools whatsoever. The original purpose of this Heritage site is unknown, although the two most dominant speculations are that it was either a ceremonial center or a uniquely decorated royal estate.

Verdon Gorge is arguably one of the most magnificent river canyons in all of Europe. It was named after the river that flows beside it, which is surprisingly enough over seven hundred meters deep. The entire gorge was underwater millions of years ago; the water, as well as numerous seashells and bits of coral, stuck to the limestone, which is responsible for its stunning outlook.

The flour in Verdon Gorge’s rocks seeped into the river, which is the reason why it’s much greener and brighter than most.

This location is characterized by thousands of awesome hiking spots, including beautiful forests and uniquely designed bridges that provide passage between the two ends of the canyon.

The 800,000-year-old caves are among the most important sites of fossils and endangered species of bats. This spot was a natural hunting ground for owls, who preyed on animals that would fall into its depths fairly often before Bent-wing bats made themselves at home.

The caves feature a variety of well-preserved skeletons of prehistoric mammals, as well as human-made resting sites and plants. It’s a one-of-a-kind cave in the sense that every floor is different in aesthetical terms, shifting from beautiful and well-lit to spooky and downright claustrophobic.

We hope you had fun here and that you’ve learned something new today. Make sure you are staying safe and have a good one, guys!

Jon was born in Alberta, raised in NYC and is living in New Zealand. He has been working in 4 different industries and helped numerous businesses grow. Now, he is focused on writing as his next career from home and lives a peaceful life with his family and a whole pack of dogs 🙂 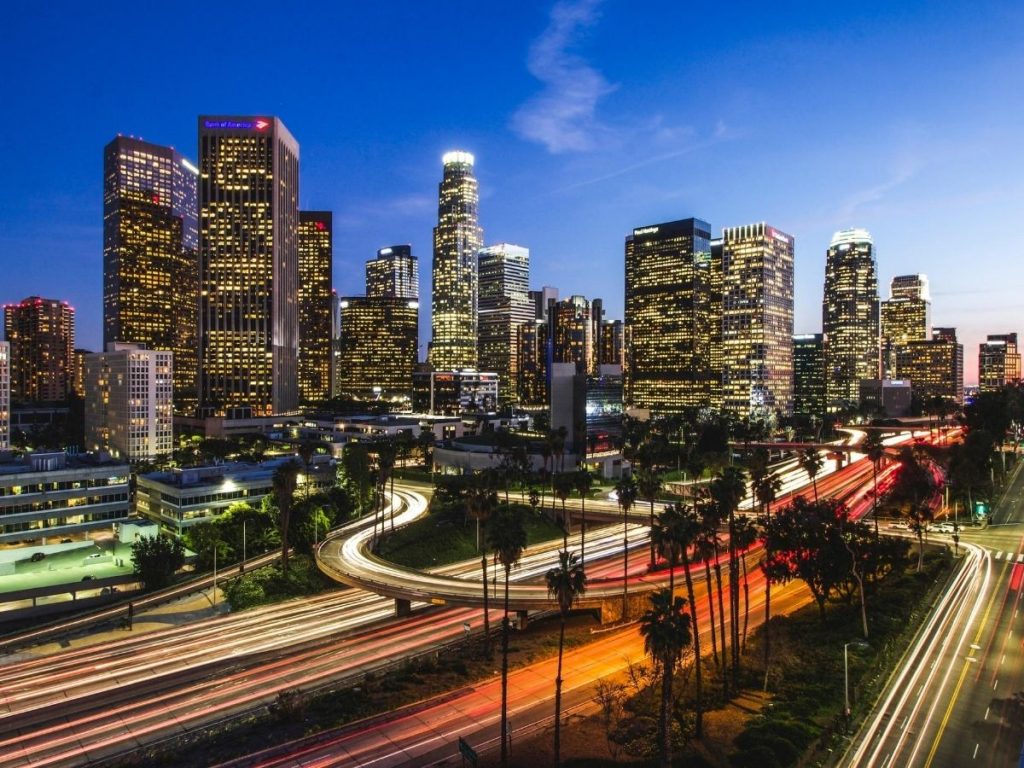